Mr. Mark Gorak serves as the Deputy Director of the Department of Defense’s Joint Artificial Intelligence Center. He assumed this role in April 2021. He serves as the senior advisor to the Director of the Joint Artificial Intelligence Center (JAIC) and is focused on attracting and cultivating mission-driven, world class AI talent to rise to the challenge of harnessing AI, to accelerate the adoption and integration of AI throughout the Department of Defense at scale.

Previously, Mr. Gorak was the director of People Analytics within the Assistant Secretary of the Army for Manpower and Reserve Affairs (ASA M&RA). As a senior advisor to the ASA M&RA, he was responsible for developing, managing, and synthesizing strategy, policy, and research in people analytics to ensure Army people data informs decisions and is visible, accessible, understandable, trusted, interoperable, and secure. Before that he was Deputy, Human Dimension, Human Capital Data Analytics, ASA M&RA.

He retired from active duty as a Colonel in the United States Army. As an Army Officer, he served as a Joint Staff Division Chief implementing military and civilian personnel policy, talent management, and readiness. He also led the Office of the Secretary of Defense, Cost Assessment Program Evaluation (OSD-CAPE) wargaming team. He created the Defense Wargaming Alignment Group and then founded the warfighting lab incentive fund, providing operational concept innovation through experiments and demonstrations. He also lead CAPEs program budget review efficiencies issue team.

Mr. Gorak is a native of Wisconsin with five children. 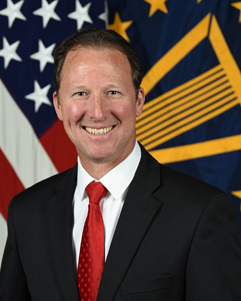